Until recently, cryptocurrency was almost exclusively reserved for programmers, engineers, and entrepreneurs involved in its inception. However, due to the bitcoin bubble in 2017, cryptocurrency soared in value leading to many people purchasing crypto shares and some setting their mining farms.

Due to the release of various creation tools and crypto apps, ordinary citizens became acquainted with crypto and could invest, including celebrities. Besides the retail investors, more large hedge funds or publicly traded firms are allocating their investments towards cryptocurrencies. This article covers individuals, celebrities, entrepreneurs, companies that have invested in cryptocurrencies. 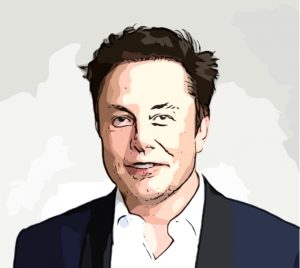 Elon musk supports crypto investments and admits that his private aerospace company SpaceX owns Bitcoin. It is besides Tesla’s $1.5 billion investments in the oldest digital token. Musk also revealed that he invested in Shiba-Inu face-themed currency, Dogecoin that became popular after support from celebrities.

Elon Musk owns cryptocurrencies and holds them long-term. During the B-Word conference, he shared that his crypto holding in Bitcoin is above Dogecoin and ethereum.

Jack Dorsey, the Square, and Twitter CEO, is a diehard investor of Bitcoin. His love for digital currency began in 2017 while advocating for King coin. Even in 2018, when the crypto market crashed, he was undeterred, calling BTC the future of digital currency.

Besides his personal bitcoin holdings, Dorsey’s company, Square, invested 4,709 bitcoins under his direction. He also runs Bitcoin nodes to verify and mine transactions on the bitcoin blockchain.

Dorsey explained during the B-Word conference the reasons for his crypto investments. “what drives my interest and thinking is the likelihood of an internet currency, likely to be bitcoin due to its resilience.”

Dorsey is also hoping digital currency can help create long-term world peace. He also sees bitcoin as protection against the devaluation of currencies and a means to expedite funds transfer across borders. 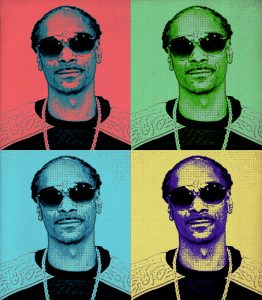 Snoop Dogg openly endorsed BTC as he believes it is here to stay. He also initiated the non-fungible tokens (NFTs) that use blockchain technology. He is among the earliest adopters of bitcoin and accepted digital payment for his work. The album was 0.3BTC. There are views that Snoop is among rap stars that are bitcoin millionaires. While Dogecoin might not be the most stable digital coin, Snoops interest and other celebrities have made it among the fasters growing coins.

Lionel Messi’s signing fee at PSG includes cryptocurrency tokens. Confirming the exclusive report, PSG noted that fan tokens are included in the welcome package estimated at $29-35 million. These are cryptocurrencies that allow a holder to vote on minor decisions that relate to their club.

Like bitcoin and other cryptocurrencies, fun tokens are traded on exchanges. Besides, they share with other digital currencies high price volatility, leading to regulators issuing warnings to investors on digital assets.

Tyler and Cameron Winklevoss are investors in various blockchain-related businesses and cryptocurrencies. They are believed to be bitcoin billionaires with around 100,000 bitcoins with a value of $950million by June 2020. Like most investors, they see bitcoin as a long-term investment option.

The twins launched Gemini exchange that allows investors to store, sell and buy digital assets. This exchange is a secure option and has grown into a trusted company regulated by the state department of financial services in New York.

Recently they invested in BlockFi, an all-in-one management tool for crypto investors. Through BlockFi, you can create an interest-accruing savings account with your crypto wallet. In addition, the platform has its exchange that notably listed Dogecoin amidst huge upswings.

Michael Novogratz, a former hedge–fund manager at the Fortress Investment Group, is a commentator on the processes of bitcoin. He is the founder of Galaxy Holdings that advises and manages blockchain related-assets. Recently, he revealed that digital currencies make 85% of his wealth, which translates to $4.8 billion.

The bitcoin bull predicts the cryptocurrency industry remains in the early days and that the wealth it generates will proliferate into years ahead.

Novogratz noted, “It is like the Netscape moment in cryptocurrency economy. Netspace in 1995 before the crazy frezy signaled beginning of internet age.” He added, “This is an important day for crypto world since the assets and its class are here to stay. Therefore, it’s irrelevant how Coinbase trades today.” According to Shark Tank host and billionaire investor Mark Cuban, etherum could be the best cryptocurrency.  In this year, it has grown in price and is worth $3,751.57.

Cuban also notes that etherum is the closest investment to true currency. For other cryptocurrencies, he recommends dogecoin for educational purposes and fun, CNBC reported. On Twitter, Cuban revealed he purchased 3,250 dogecoins and gets more from merchandise sales and maverick tickets.

To learn about crypto and how space-rich communities impact the markets, he recommends the meme-inspired dogecoin. Early this year, due to the influence of its supporters and community, dogecoin became among the top 10 cryptocurrencies by market value.

Over the past years, Kevin O’Leary, also called Mr. Wonderful, has devoted more of his time to the crypto industry.  He believes the carbon footprint of Bitcoin holds it back in a world increasingly conscious of social, environmental, and governance issues. According to him, mining bitcoin has an environmental cost and is the major reason financial institutions haven’t embraced this flagship digital currency.

According to an interview with the capital connection, he expects to increase his crypto investments to 7% from 3% of his portfolio. He claims to know how and where they mined cryptocurrency in his digital wallet. To achieve that, O’Leary has taken positions in mining companies where he bought the sustainably mined coins.

Mr. Wonderful first invested in BTC in 2017 and also owns other digital coins like ethereum. He believes bitcoin is like an expensive watch or property you own and anticipate its increase in value, but not a currency.

In many ways, MicroStrategy is the premier company investing in BTC . It holds 114,041 bitcoins, considerably the largest holding by a public company. The company made high profits in its investments as it was among the first to enter the market. The CEO Mr. Michael Sylor once dismissed bitcoin but is now a proponent of cryptocurrencies and believes they are important for diversification.

In months following the company’s investments in crypto, MicroStrategy has released statutes to describe its expectations and hopes for bitcoin. Saylor notes that BTC is less risky than gold, and the company also believes that more firms will invest in digital currencies in the coming years.

Although MicroStrategy is the leading public company with bitcoin investments, Tesla is the most famous. The company’s investment in bitcoin brought more attention to cryptocurrency.

Teslas bitcoin holdings are estimated to be 43,000 that totaling $1.5 billion in cost of purchase. The investment has gone up to $2 billion and is the 2nd most profitable cryptocurrency investment by a public company.

It sold 10% bitcoin holdings in the first quarter of 2021. Like Michael Saylor of Microstrategy, Tesla CEO Elon Musk believes BTC is an alternative form of cash in the balance sheet. The company’s public listing was highlighted in the crypto market since it was the first crypto company to list public shares. It set the trend for other digital currency companies to go public.

Coinbase holds around 4,500 BTC. Though the cost is uncertain, currently, the value is $214 million. This exchange focuses on expanding globally, with offices in most cities. Also, the company is keen on being compliant with regulations in its initiatives.

The company owns around 4,450 bitcoin, and it is among the companies with the highest ROI on bitcoin investments. It purchased bitcoin holdings at $39 million, which has experienced an increase to about $200 million due to the BTC price jump through the years.

With well-known personalities, major organizations, and companies betting on cryptocurrency, it seems the revolution is underway. Though it’s not clear how long it will maintain current values or be widely accepted, the digital currency has worth in the eyes of many.