Are you ready for the Metaverse? 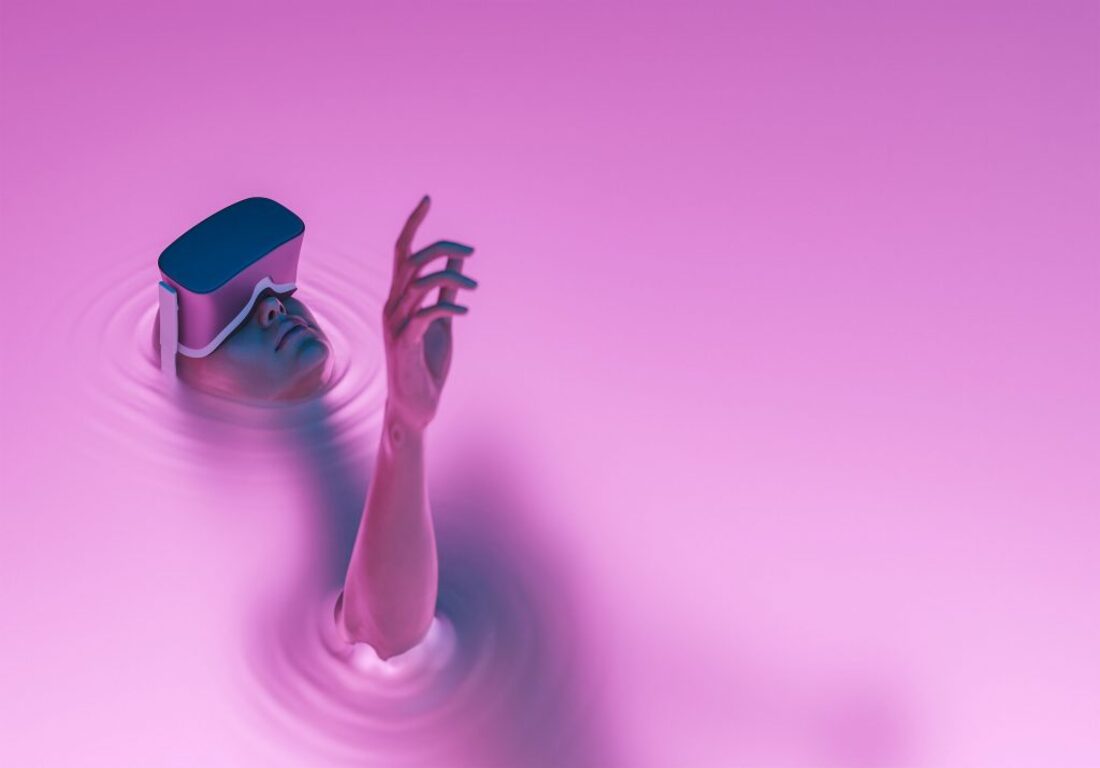 Won’t you just love to live in a future like the one shown in the movie “Ready player one”? Well, that future may not be much far away, the Metaverse universe is here and it’s going to change the way we live even if you’re not ready for it.

The lines between the financial, virtual, and physical worlds are becoming increasingly blurry. The devices we use to manage our lives provide us with instant access to almost everything we desire at the swipe of a screen. Further, the crypto ecosystem – NFTs, blockchain games, and cryptocurrency payments are no longer limited to crypto enthusiasts. As part of the evolving Metaverse, they are all easily accessible to everyone.

Neal Stephenson’s dystopian cyberpunk novel “Snow Crash” is credited with coining the term “Metaverse.” The novel was published in 1992 and is considered a canon of the genre, along with William Gibson’s “Neuromancer”, which describes the matrix a virtual reality data space.

So, what is a Metaverse?

The concept of a Metaverse is a permanent online 3D universe that spans multiple virtual spaces. Consider it the future version of the Internet. In this 3D space, users can collaborate, meet, play, and communicate.

Existing Metaverse-like applications provide people with livable incomes. Axie Infinity is a popular play-to-earn game that many people use to supplement their income. SecondLive and Decentraland are two more examples of how blockchain and virtual reality apps can coexist successfully.

Adoption & the future of Metaverse

Facebook changing its name to Meta Platforms Inc. to represent the company’s push into the virtual world space and the next step in social media is a perfect example of adoption and likely proof that there is a future for this new realm. Since the announcement in October ’21, several metaverse projects have emerged in the market, with many of them having strong use cases and others simply riding the wave.

Soon after, many institutions and countries began investigating potential uses and revenue streams generated by the Metaverse industry. Let’s look at some examples:

1. India has interest in the Metaverse space and has even showcased a Metaverse-themed tableau/float for the Republic Day ceremony in 2022.

2. Saudi Arabia is investing $1 billion in a Metaverse project to create a virtual-interactive version of its city NEOM.

3. Various militaries around the world are investigating the Metaverse as a potential method for training simulations.

4. Many companies, including Apple, Google, Microsoft, and Walmart, are investigating, and actively developing their own version of the Metaverse.

5. Disney and Netflix, two of the world’s largest entertainment companies, have confirmed their plans to build a Metaverse.

With so many entities exploring and entering the Metaverse industry, we can no longer ignore its existence and how it will shape our future and social interactions.

While the concept of a Metaverse is intriguing, businesses that choose to create their own Metaverses must also find a way to monetize them. So, how are they going to do it? Is it possible to monetize the Metaverse? If so, how so?

Advertisements: The Metaverse will have advertisements and paid posts, just like current social media platforms. There are as many ways to post an advertisement in the Metaverse as there are in the real world. Bloktopia and Meta are two examples.

Virtual Real Estate: Just as we rent or buy real-world property, Metaverses sell and rent out land in their virtual world. Many factors influence land prices, including terrain, area, and location. Purchasing a plot of land from the company that built the Metaverse provides them with funds. Decentraland, Vulcanverse, and other examples are available.

Token/Coin distribution: Metaverse companies create and distribute their own private cryptocurrencies. These coins are the virtual world’s official currency and can be traded on the open market. When people purchase these tokens or coins, the company profits as the value of the tokens rises. $MANA, $AXS, and other examples.

Entry Fees: While this is not the case with many virtual worlds, some charge a flat fee to enter and interact in the Metaverse.

Non-fungible tokens (NFTs): Companies sell NFTs in the form of art or in-world accessories that people can use in the Metaverse.

We can clearly see that there is a lot of revenue potential in a Metaverse. The Metaverse space will generate many more revenue streams in the future.

Here’s why the Metaverse is gaining popularity

For starters, the Metaverse offers an immersive virtual reality experience. Furthermore, the combination of AR and VR makes it much easier for users to become immersed in their virtual world.

2. Is already in existence

Unlike many other “trends” that have become popular and then faded, the Metaverse has been built and is still expanding.

3. Playing vs. Being Serious

The Metaverse is one of those experiences that, depending on how you feel about it, can be both fun and serious! Today’s Metaverse gives your avatar a more playful persona, giving you the opportunity to break out of your usual routine.

Learning new things in VR (Virtual Reality) isn’t limited to gaming; digital learning, audiobooks, and even emotional management can all be learned in VR through the Metaverse! Overall, VR has the potential to significantly increase an individual’s productivity.

There are growing concerns regarding the future living conditions of the human civilisation. Many people believe the future will be dystopian and people will need something to take their minds away from the harsh realities of the real world.

The Metaverse is a part of the new “web 3.0” revolution where the entire internet will be decentralised and away from any corporation’s control. Many people are behind the idea of a decentralised web and are therefore also backing the Metaverse play.

Sports is going to be a very big thing in the Metaverse industry. Many sports organisations are already scrambling to become a part of the ever-growing Metaverse scene.

Sporting companies that are making the most of the Metaverse

FC Barcelona: FC Barcelona will use NFTs and build its own Metaverse as part of a strategy to attract new supporters, club president Joan Laporta said during his Mobile World Congress 2022 keynote. Barcelona’s plans to issue NFTs currently lack detail but could prove lucrative for the club. According to Deloitte Global, NFTs for sports media will generate more than $2bn in transactions in 2022, which is double the figure for 2021. It also expects that by the end of 2022, between four and five million sports fans globally will have purchased or been gifted an NFT sports collectable.

MLS: The MLS now joins the NBA, La Liga, and League of Legends as sports and esports entities with GreenPark Sports partnerships.

Starting with the 2022-23 season, fans can create custom avatars in the GreenPark/MLS app that can be outfitted with digital gear representing MLS teams and players. Users can compete in head-to-head games that will supplement real-time data from MLS matches. The App will also host live watch parties for fans and feature a rewards system through which users can win gear and other prizes.

These are just early days for Metaverse and Block-chain. As time passes by we will witness several more use cases of these cutting edge technologies. The current market crash is the best time to analyse and assess the viability of current Metaverse projects. Whether it is a bubble? Only time will tell. 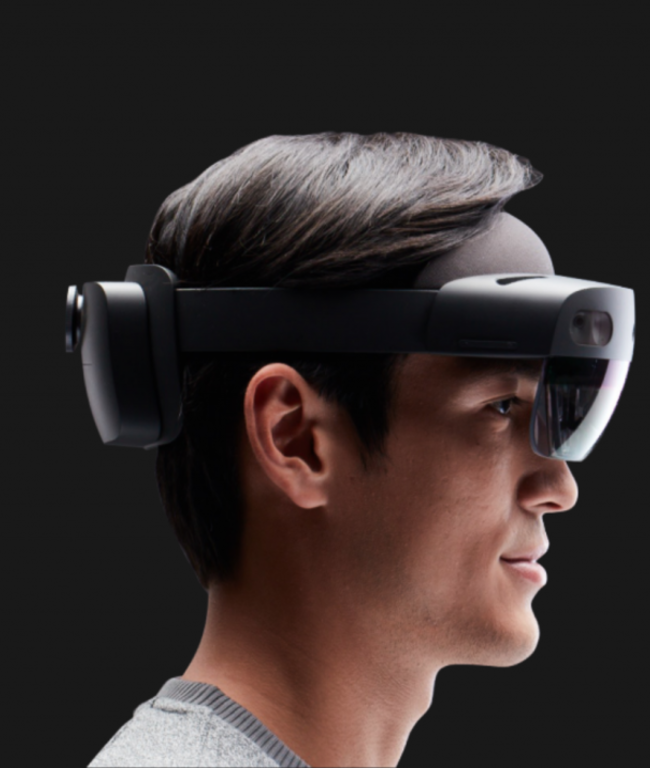 Microsoft plunges into the Metaverse with MESH How to host a Virtual Event