Web 3.0 – The power of Decentralisation Before diving deep into Web 3.0, let us see how the internet has evolved over these years.

Web 1.0 is considered the first iteration of the world wide web. Most users were content consumers, and the creators were generally developers who built websites with the information presented primarily in the form of text or images. Web 1.0 ran roughly from the late ’90s to the early 2000. It seems ages ago (in technology terms), however, it was the beginning of an evolution.

Web 1.0 is more of a read-only Web and is made up of websites that provide static content rather than dynamic HTML. The data and content came from a static file system rather than a database These websites had marginal interactivity.

Most of us primarily experience the current form of the Web, commonly referred to as Web 2.0 or Web2. You can think of Web2 as an interactive, social Web. In the Web2 world, you don’t need to be a developer to participate in the creation process.

Many applications are designed to make it easy for anyone to become an author. If you want to create an idea and share it with the world, you can do it. If you want to upload a video that millions of people can see, interact with and comment on, you can too. 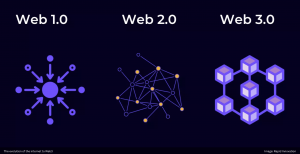 There are some key differences between Web2 and Web3, but decentralisation is what sets 3.0 apart. Web 3.0 has characteristics of –

In Web3, developers do not typically build applications running on the same server, nor do they store data in the same database that is usually managed by a single cloud provider.

Instead, Web3 applications run on a blockchain, a network distributed by many peer-to-peer nodes (servers) or a combination of the two that constitute a crypto-economic protocol. These applications are often called dApps (decentralised applications) and you will frequently see and hear this term in Web3 discussions.

Network participants (developers & creators) compete to achieve a stable and secure decentralised network. When you hear of Web3, cryptocurrency is often a part of the story. Cryptocurrencies play a meaningful role in most of these protocols. Data is stored in copies of a P2P network. The rules are set by network participants who are incentivised through tokens to participate in the creation, implementation, or improvement of projects on Web 3.0.

These protocols often provide a variety of services, such as computing, storage, bandwidth, authentication, hosting, and other web services that were previously frequently provided by cloud providers. It’s a rewarding process as people can earn money by participating in the protocol in a variety of ways, both technically and non-technically. Users pay for the services availed and the money goes directly to network participants.

Some examples of where Web 3.0 is used.

Initial coin offerings are events where a crypto company sells a new cryptocurrency to raise money. There is a likeness to an IPO (Initial Public Offering) in the stock market. IPOs however follow stricter regulations.
People who invest money in an ICO buy crypto when it’s worth nothing, hoping that, like Bitcoin and Ethereum, the value of the cryptocurrency will eventually explode.

The ICO does not give ownership to the buyer, but it can be sold as a share in the company. The value of a coin is linked to the value of the company. That’s why ICOs are so popular with banks, investors, and startups looking for alternative financing that doesn’t involve venture capital.

As you may have heard, NFTs are another foundation of Web3. NFTs are indeed a form of cryptography, but each NFT is unique and cannot be replaced by another NFT. This is the meaning of non-fungible. NFTs are usually associated with digital assets. The copyright of the asset always remains with the seller/creator. This allows the seller to create multiple NFTs of the same work.

If you are using a cloud-based service like Google Docs, you are using a central application. Google can access, read, and check all the information in the document. The trade-off is that you can store information in the cloud, easily collaborate with other users, and enjoy a long list of apps from Google.
But what if you could take advantage of these cloud services without submitting information to a central authority? This is where decentralised applications or dApps come into play. dApps run on a P2P network using blockchain.

To explain the concept of a smart contract, let’s take an example. Purchasing a car today by borrowing a loan from a bank entails a considerable amount of paperwork. The bank will enter a contract with you to explain the rights and obligations of both parties. According to the contract, if you don’t pay, the bank may repo the car. Smart contracts can perform the same function. They enable transactions to be carried out between anonymous parties without the need for a central authority or enforcement system.

Organisations such as corporations and government bodies have a central structure. There is leadership and control from all levels – line managers and managers exist to coordinate with their subordinates contributing to goals set by the organisation.

DAO flattens the entire structure. There are no CEOs or CXOs. Each member of the organisation has the right to vote and decides when and how to finance money is spent.

The organizational rules are coded using the innovative technology of unauthorized (untrusted) blockchain nodes. There is no need for complex and expensive management departments founded by traditional organizations to keep everything running. DAO also makes it nearly impossible to commit fraud because all transactions and their history are exposed to general scrutiny. Contractor networks, Venture funds can function as DAOs. The backbone of a DAO is a smart contract. The rules and logic in the code define the working of the contract.

Web 3.0 is a move toward an equitable web by providing a sense of ownership, sovereignty and security. What we can expect is a radical shift in our behaviour towards payments, applications and brands in general. This change may take some time as technology is available but the mindset may not be. 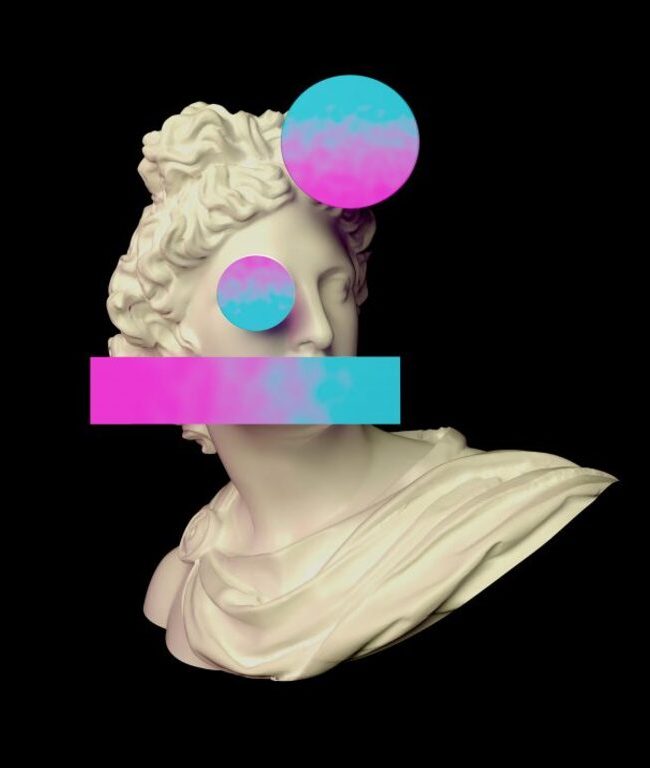 Get started with NFTs